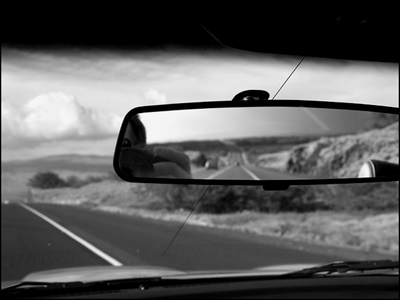 "My theory was that readers just thought that
they cared about nothing but the action; that
really although they didn't know it, they cared
very little about the action. The thing they
really cared about, and that I cared about,
was the creation of emotion through dialogue
and description."

This month marks an anniversary for me. About one year ago, one year
and two days ago to be exact, I finished my first Pat Maginess novel,
Dusk Until Dawn. It seems like a long year since then. Things have
happened along the way, as things have a tendency to do. Some of
those things have been good things. And there have been bad things.
And there has been one really heartbreaking thing.

I've also completed four short stories and a novella since then; and,
with any luck, a few days more should see the completion of a second
novel. I think that since last August or thereabouts there has been a
change in my writing. It isn't so simple as to say that my writing has
gotten better. What I can say is that it has changed somehow, evolved.

This afternoon I decided to go back and read some of Dusk. At that
point I really had no big motives about doing so, I was just remembering
something that happened in a particular chapter and wanted to go back and
read through it again. But then I kept reading a bit.

It occurred to me in retrospect that the novel that I created was a good
one. A very good one. I'm not going to be modest about this because it
is not about modestly — it's about being able to critically appraise
oneself in an objective and informed manner.

Which is not to say that Dusk isn't an unusual novel. That
occurred to me, too. It doesn't start off with a big bang that will grab
the reader by the lapels and pull them in. In fact, the story starts out
with a guy stuck in slow traffic on a hot day and who talks to himself.
And the first couple of chapters pretty much proceed along like that,
too. But it does carry the reader to some strange places along the way;
and in the end it builds on itself and defines itself as a novel in
other ways.

Dusk doesn't have any really evil villains of the type that some
suspense or even detective novels sometimes have these days. There's
nobody for the reader to hate (although you might dislike a couple of the
characters), no real opportunity to cheer as that evil person meets an
excruciating and well-deserved death. The bad guys or gals in Dusk
are an odd assortment, but none are evil.

There are heroes in the novel as well. But they tend to be what you
might call ordinary people from various walks of life. They don't in the
main have any special abilities or superpowers like in the comics (or a
lot of fiction and movies these days). They're just people, in the main
good people that you would like to have a drink with or play poker with
or take a walk in the park with.

There isn't a lot of gun-play or fisticuffs. In fact, I once told
someone that the action of Dusk was "Violence Lite." That isn't
true of everything I have written, but it is true of Dusk.

Maybe all of that isn't enough for our culture these days, where
everything seemingly has to be Mega this or Super that — including
human beings. And perhaps Realism isn't good enough in a world which
tends toward the hyperreal.

The form (structure) of the novel is wound so tight you could use it to
drive a small clock. Which isn't to say that it has a complex plot —
as Chandler noted above, there are other considerations — and in fact
the plot is a fairly simplistic one.

The narrative writing doesn't flow as smoothly as I would want it to or
as it would had I written it today. But it's acceptable, equal to most
and better than some, and in various places has its really nice moments.

And, after a year, I'm still finding typos in the damn thing.

Looking back, the whole period was like some sort of a dream that I was
lost in. I felt this inner need that was just amazing.

It's also finished. And that's a very good thing. It's in the rear
view mirror now, tailgating me. I stick my hand out the window and
give it a wave, hit my foot on the accelerator, honk my horn, put some
distance on it, head for the next town, for the next state.