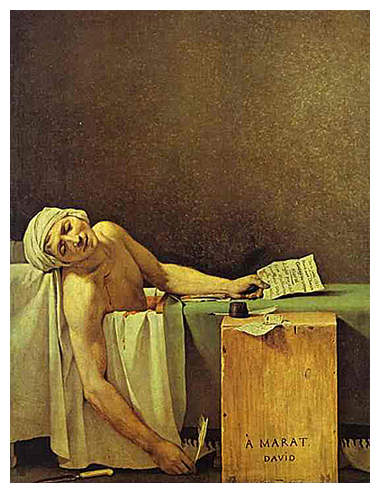 Simon Schama is one of my favorite contemporary historians. If you read my
earlier post on my favorite history books, you might remember me mentioning
him in connection with his book Citizens on the French Revolution. So when
I heard that they were going to show a series on our local Public Television
stations here in the U.S. written by Schama, I of course had to check it out.

The series, The Power of Art, consists of eight episodes dealing with
the art of Van Gogh, Picasso, Caravaggio, Bernini, Rembrandt, David,
Turner, and Rothko. Schama is not an art historian or art critic. He is
simply one of the world's greatest historians who here turns his mind's
eye upon a limited group of artists and their works — usually concentrating
on one work (or in the case of Rothko one set of works) that to Schama defines
the life and work of the artist as a whole. Thus the series is much different
than earlier documentaries on art, such as historian Michael Wood's earlier
Art of the Western World.

In dealing with biographical elements or the reaction of the artist's
culture to their works, Schama is pure historian. But the emphasis here
is more of a deeply personal one when it comes to looking at the works
of art themselves. "The power of the greatest art is to shake us into
revelation and rip us from our default mode of seeing." For Schama,
looking at art is almost akin to a spiritual experience that exists
outside of time, and he seems to be telling us that great art exists
outside of history. A rather strange view for a historian. But that's
Schama for you.

His exegesis of art is perhaps at its strongest in looking at the works
of Mark Rothko. Here Schama's narrative achieves near-poetic levels:

"Everything Rothko did to these paintings — the column-like forms suggested
rather than drawn and the loose stainings — were all meant to make the surface
ambiguous, porous, perhaps softly penetrable. A space that might be where we
came from or where we will end up."

There have been quite a few well-publicised documentaries over the past
few years, from An Inconvenient Truth to the recently released Sicko.
But as important as the environment is, and as important as the need for
health care change in America is, Schama's series for me stands out. There
will be wars and catastrophes through history. But then there is art; which,
similar to Schama's series, often achieves a kind of transcendence.

I have to give this series the highest recommendation.

If you are in the U.S. or the U.K., you may be able to still catch it on
television. If not, you can get it on DVD here, as well as a few other
places. There is also a companion book to the series. 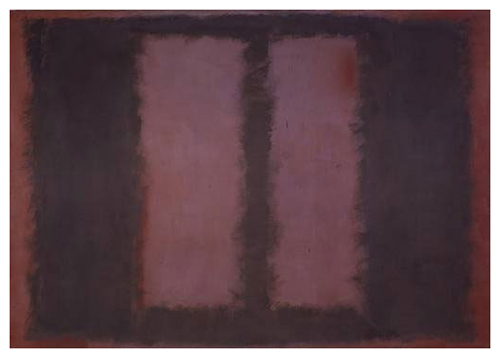 Headlong into Hell, or perhaps the final look
over the shoulder as we escape it.

14 thoughts on “Simon Schama’s The Power of Art”

garydenness.wordpress.com/
No Longer The Only One