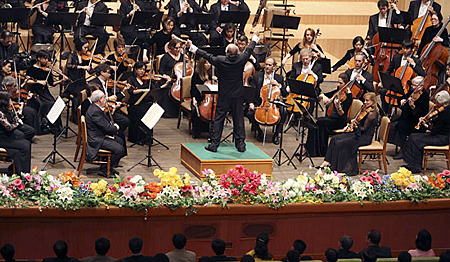 Among the actual good news to come out on the international scene in the
past few weeks (and there's damn little of it) was the recent visit by the
New York Philharmonic to North Korea. The visit surely is a positive thing
for the world in general. Sometimes all it takes is a little bit of effort to
get things moving in the right direction. The visit of the U.S. ping-pong
team to China in the 70s opened a new era of Sino-American relations. And
though it is too soon to tell, this cultural visit to North Korea may very
well bear fruit once a new U.S. administration is in place.

North Korea has also announced that legendary bluesman Eric Clapton will be
making a visit in the near future.

What we need to do now is to get this type of Music Diplomacy going in other
quarters. Such as with Iran, for example. So I was thinking of groups that
could visit Iran. Perhaps Marilyn Manson Smashing Pumpkins the Rolling Stones
the New York Philharmonic could play?

I suppose the New York Philharmonic is safe. Oh, wait a minute. The NYP
has women members, doesn't it? Women with exposed faces and hands and
ankles and such. Which might not be good. Even though Iran does have a
certain number of "modern" women who don't wear the veil, on a diplomatic
mission you certainly don't want to rock the boat. 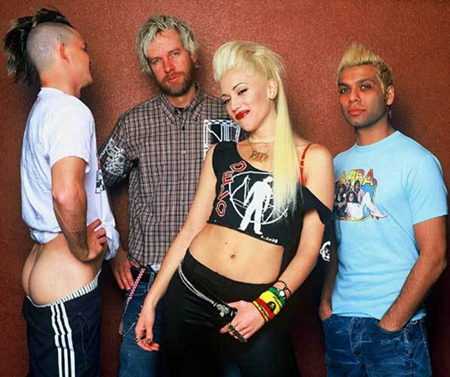 No Doubt will no doubt NOT be performing
in Iran in the near future.