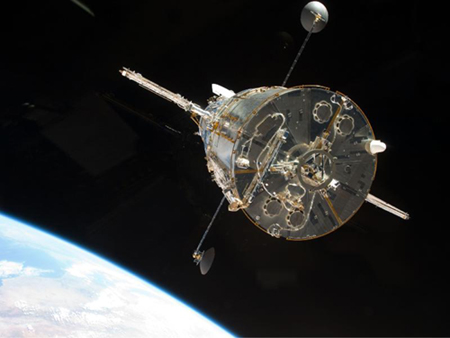 As most of you are probably aware NASA recently sent a crew up to
refurbish the Hubble Space Telescope. NASA had one old, crappy shuttle
on standby for this particular mission just in case the older and even
crappier one they sent up got into trouble somehow.

It's amazing that the Hubble is still operational, let alone receiving an
upgrade. Several years ago the telescope was scheduled to shut down. But
public interest and finally Congressional oversight kept the program going.
The result has been some of the most amazing images of the universe ever
seen. And the new camera holds even more promise.

We might very well be confined in a nutshell. But we can still travel the
firmament — in spite of bad dreams.

15 thoughts on “Hubble Gets an Upgrade”