I've always thought that you could divide Americans into 2 basic
groups: Those who eat pork rinds and those who don't. The first group
ingest the rather styrofoam tasting pork skin snacks like you would
potato chips, sometimes with a good shake or two of tabasco sauce to
spice them up a bit. Myself, I've never been able to get into them.
In any case they are certainly a very unusual snack.

Americans, especially males, also tend to eat a lot of jerky (beef and
otherwise), as well as those spicy beef sticks like Slim Jims that you
find in bars or at the grocery. Some of those I like and some I don't.
I really like the thin, very spicy Old Wisconsin cocktail pepperoni
sticks. They make a great snack while watching a movie. But you
probably don't want to eat that kind of thing too often unless you are
saving up points for your next coronary.

Every culture has its own foods. And as a matter of course they have
their own snack treats also. Sometimes these snacks translate into
another culture and sometimes they don't. And of course it all depends
on individual taste as well, no matter what the culture.

Yesterday I ran across a photo-essay in the Village Voice about strange
or unusual snack foods from around the world. So I thought I would
present a few of their interesting finds here. (Photographs by the
individual writers involved.)

I really don't have to make a joke about this
one, do I?

This is an Indian appetizer made of chickpea paste
and lots of spices rolled up in taro leaves. I like
Indian food so I might like this one — though I'm
not too sure about it coming from a can.

'Cause nothing pleases your kids more when they
get home from school than to give them a dried
fish snack.

These are like red crunchy Cheetos with a tomato
flavor that "hits sweet, sour, and spicy notes."
Sounds pretty good. 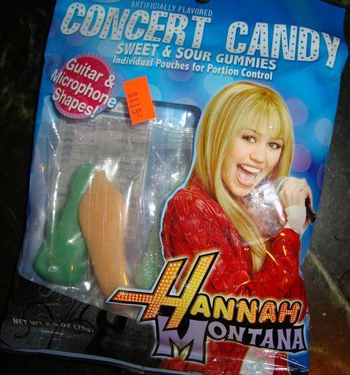 The equivalent to Gummie Bears, but in a different
shape. They're supposed to look like guitars. But
to me they look like lizard tongues.

"A species of pretzel that taste like they've been
dipped in V-8 Juice and then dried in the exhaust
fan of a barn." I think I'll stick with Pretzel Time. 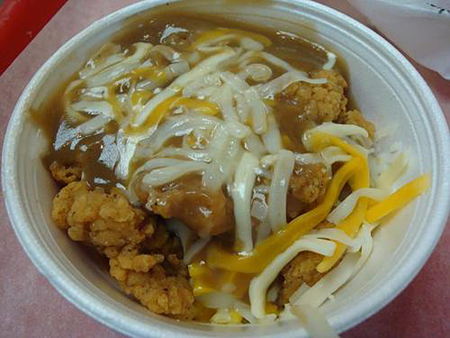 Not to be outdone by the noodle/maggot sandwich, here
in America you can go into a local Kentucky Fried Chicken
restaurant and get much the same thing. Or not.

These are peanuts. But I think I would tend to shy
away from any food item with the word "freakish"
on the wrapper.

Yogurt candies with a sweet and sour flavor. I imagine
they taste a lot like Sweet Tarts except more mellow.
But I don't know for sure.

28 thoughts on “Snacks From Around the World”