In about a decade, there is a good probability that the
Voyager I and Voyager II spacecraft launched to explore
the outer planets in 1977 will reach interstellar space,
making them the first human objects to have reached the
stars.

The satellites are now traveling in relative opposite
directions, and are passing through the heliosphere —
our solar system's outer envelope. 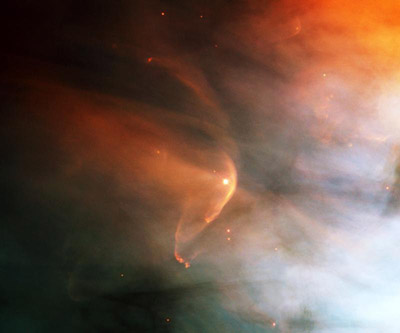 A beautiful photo of the bow shock created by
the star LL Orionis as its heliosphere collides
with the gasses of the Orion nebulae.