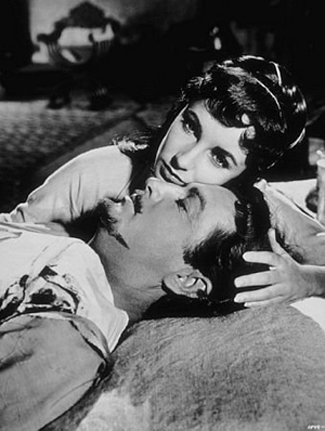 Rebecca: My heart is breaking, father.

Isaac of York: My heart broke long ago.
But it serves me still.

Last Monday I went to see Dr. Icenogle, the transplant surgeon, about
the possibility of getting a heart transplant. We had a good long talk
and he laid out all the requirements. Since then I've been thinking
about the whole transplant matter pretty intently, as you might imagine.
I've spent a lot of sleepless hours over the past days. Due to the fact
that it takes so long to get through the preparatory/waiting period for
a heart it was really necessary not to take too long deciding this issue.
But in fact I had been thinking about it for over a year since my regular
cardiologist, Dr. Goldberg, first mentioned it. The talk with Icenogle
only amplified matters.

I have come to the decision that I will not go the transplant route. The
reasons for that are many and I don't want to go into all of them here.
I would only hope that in all of that my family and friends will respect
my intelligence and the fact that I might have picked up a little wisdom
over the years and that I am making the decision which is right for me.

But there is one thing that I would like to say about it all, about that
decision.

The ancient Egyptians thought that the heart was the seat of the soul.
That it was the heart that was placed on the scale of Ma'at upon death
and weighed against a feather for judgement. I of course don't believe
any of that literally. But in a metaphorical sense it is something that
I have considered in this whole decision process. I was born with a
broken heart. They then worked to fix it over a number of years, and
eventually it looked like I would live a regular, long life. It was my
heart that saw me through high school and early college. Which was
beating in my chest when I had my first girlfriend and through my first
great loves. It pumped oxygen to my brain as I read so many books across
the years on so many subjects, listened to music, learned a little about
art and literature. And finally it was the heart that returned me full
circle to college once more and to archaeology — my truest love. And
now that heart is sick again. And at the risk of sounding juvenile, like
The Little Heart That Could, I do not want to give up on it now. It was
the heart that I was born with. And it is the heart that, by karmic circle,
I want to die with.

That doesn't mean that I've given up. Probably due to my early medical
condition I have been a fighter all my life. And I don't think there's
any reason to change now. There is a corrective valve surgery that we
can go with to repair the valve that was formerly fixed when I was one
year old but which has gone downhill since. If that is successful it
will help to balance the heart a bit, which may give me a bit more time.
And of course there is the bi-ventricular pacemaker — the magic scarab
in my chest — to help my heart keep beating. And finally there are the
medications I take. And so I will soon talk with Dr. Goldberg and ask
him to work with me on all this with the means at hand short of a
transplant and see how long we can keep this old heart going.

Talking to Dr. Icenogle he wanted to emphasize that in his opinion a
transplant was without doubt the best way to go given all alternatives.
He also mentioned that dying of heart failure is a horrible experience,
a slow suffocation across many long hours. "A fish out of water" I said.
The phrase occurred to me because I had considered the matter for about
three years. There are actually three ways I could die. First, I could
have a heart seizure that not even my pacemaker could bring back to
normal given the increasing weakness of my heart. Second, I could die of
a massive stroke. Suffocation is the third possibility. I knew all of
this when I talked to him. And I decided way back that if I were to have
my choice in the matter of how to die I would take the suffocation route.
The reason being that I would very much like to be conscious to make the
transition off this planet. I want to project my soul out to the Edge of
Things and gaze out towards that tiny little point of light in the darkness
— the Shining One, Khephera, the Creator, God. And there I will wait for
the chord to be cut that holds my soul. And then I will be free. All of
that is something that I don't think that Dr. Icenogle, with all of his
knowledge and skill, would take into consideration. To make that transition
I will gladly be a fish out of water for a few hours no matter how difficult
it may be from the merely physical standpoint.

In these matters it is never black or white. It is shades of gray, light
and dark combined.

If I were to go the heart transplant route I might live 10 more years.
It could be a bit more. It could be substantially less. But the 10 year
estimate is both optimistic and realistic.

That's 10 years. But the age of the universe, astronomers tell us, is
about 13.7 billion years.

I think I'll put my faith in God and the later.

29 thoughts on “The Final Decision”