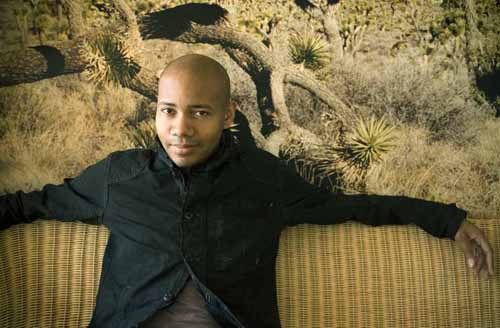 One of the most significant indicators of cultural change, in my view at
least, is when certain factors of human subsistence subsume the broad
strokes of politics and theory and begin to be seen on the level of individual
human beings. We've known about the serious dangers of Global Climate
Change and the destruction of our oceans for decades. In fact an argument
might very well be made that we have known about these dangers since the
Victorian era, but turned a blind eye to it for the sake of economics, for
profit. Most governments have been extremely slow to respond (some much
slower than others), and when they have responded that response is usually
pathetic. But down at what you might call the grass-roots level there has
been a response building across the years. People are tired of waiting.
And they are willing to be the saber bearers, to initiate microcosmic
changes themselves that often bypass the weak efforts of government. At
that point, ecology has truly become a part of the culture: It is not what
is thought at upper levels but what is actually done by the broad base of
human beings who are a part of that culture.

Whether this will be enough I do not know. My own feeling in the matter
is that it is probably already too late. But of course that doesn't mean
that we should sit around and wait for the environmental equivalent of
the end of the world. Human beings are normally not of that sort. And if
we were, we would be a soulless species indeed.

And so we work, do things we think might help, and hope.

Yesterday the newest issue of Audubon Magazine came across my desk,
the September-October 2010 issue. I was skimming through the magazine,
looking at all the beautiful photos and the ads for wonderful nature
trips that I will take when that big bag of money comes floating down
from the sky, when I came upon an interview by Nancy Averett with
musician Paul Miller, also known as DJ Spooky.

I had never heard of him. Which I thought not surprising since I am not
into rap. But in fact I didn't have an excuse. From the videos I've
watched on youTube since yesterday I have learned that Miller is more
than a rap artist. I would in fact call him a performance artist akin
to Laurie Anderson.

Traveling down to Antarctica, Miller did sound samples of the environment
and put them into a composition (performance piece) called Terra Nova:
Sinfonia Antarctica. In the introduction he mentions avant garde composer
John Cage. When you start out with samples of ice cracking and are working
from the lineage of John Cage, you know you are going to get something a
little different. In fact Miller doesn't seem to be working from the context
of any broad musical genres like rock and roll, which has often dealt with
social causes. His response seems to be a very personal one.

I thought that if Audubon wouldn't mind (and I can't imagine whey they
would) that I would post the short interview.

AVERETT: What was the impetus for this project?

MILLER: I was trying to figure out how to hit the reset button on my
imagination. Sometimes you have to go far away to go deep into yourself.

AVERETT: What did you hope to accomplish?

MILLER: I wanted to capture a scientific process and distill it into
something that people could relate to: acoustic portraits of how much
the world is changing.

MILLER: When you're walking on the ice, you hear your footsteps
crunching and echoing off the sides of the glaciers. There's this
stunning acoustic complexity that goes on just by putting one foot in
front of the other.

AVERETT: How did you become interested in the environment?

MILLER: I went to Bowdoin College in Maine, and one of the things about
going to school in New England is that you live in the shadow of these
Transcendentalists: Thoreau, Emerson, Whitman. They wanted you to
think about the influence that open areas can have on you.

AVERETT: You've said many of your peers aren't thinking about things
like climate change. Do you hope to be a bridge to their culture?

MILLER: I'm hoping. There's this idea that hip-hop and the city are
separate from nature. That's something I'm fighting against. I'm always
arguing that if we manage our relationship better with nature, we'll
have better music, better art, better everything.

25 thoughts on “A Global Cooling”