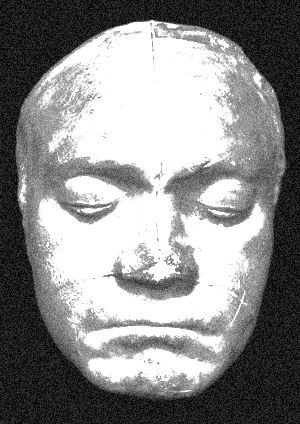 Franz Schubert pulled his greatcoat tighter around his body, shivering.
"Schindler, did we have to do this at near midnight? And amidst Nature's
tempests?"

"It is the best time" Schindler told him. "Tonight they will no doubt be
conducting their infernal experiments. The lightening is their tool."

Schubert looked down over the edge of the third-story parapet where he
and Schindler crouched, feeling dizzy. "I'm not in too good of health,
you know. The narrow stairs, this height…Schindler this had better be
the grave matter you make it out to be. No pun intended."

"I tell you, it is true! I have it on the best authority."

"And what authority is that, pray tell?" Schubert asked him.

"The man who empties the chamber pots here, by the name of Edward. He
witnessed the experiments with his own eyes."

"Oh well in that case, yes I see, the man who empties the chamber pots"
Schubert said. He shook his head sadly. "In any case Schindler this is a
government building. Do you mean to tell me that the government is
involved in this?"

"The government is involved in everything these days!" Schindler
growled. "And now they have committed the ultimate heresy — they have
stolen our dear Beethoven's brain!"

"I still don't believe it" Schubert said. "What would they want with the
Master's brain, Schindler? Tell me that."

Schindler patted his friend on the shoulder. "You will see" he told him.
"You will see. Why do you think Herr Ludwig's skull was cut open at the
autopsy? What happened to the brain they removed? Infernal scientific
experiments, I tell you! They wanted the best brain possible. Ah, but
wait. Look here through this window. There they are!"

Schindler and Schubert looked down through the tiny window on the roof
into the large room below them. Several men stood around, talking
quietly. A few others appeared to be connecting some sort of cables to a
large glass jar on a table that was cluttered with various scientific
instruments.

"There it is!" Schindler said. "The Master's brain! In a jar! Horrible!"

"I don't see anything, Schindler." But Schubert's words were no sooner
out of this mouth than a bright bolt of lightening illuminated the side
of the building. And then Schubert saw it himself as well: A gray looking
brain immersed in some sort of liquid inside a glass jar. "Oh lord"
Schubert whispered. "I cannot believe it. It is true."

Amidst the thunder and lightening Schubert and Schindler watched the
eerie proceedings taking place below them. The scientists and government
officials stared at the jar, as if expecting some great event. And within
a few minutes a very strange thing did in fact occur. The thunder clapped
and not fifteen feet from their clandestine perch a bolt of lightening
struck a rod and shot down through some wires inside the room and then
down to another, smaller rod stuck down into the jar containing the brain.
The brain seemed to jerk a few times, like the leg of a dead frog.

"Horrible!" Schindler cried. "I can not stand it! When they leave we
must break in and rescue the Master's brain!"

Schubert, a bit nauseous, had to admit that seemed the best course of
action. "And when we get the brain, what do we do with it exactly?"

"We will keep it. Eventually they will build the Master a better tomb.
And we will sneak in and bury it."

"But that may take a while. The brain will…uh, decay."

"We will put it in something. Vinegar maybe."

"Well it works for cabbage."

"I don't think a brain is like a cabbage. At least not most of them. Why
don't we just take the brain to the current grave and bury it?"

Schindler thought about it for a few seconds, pulling his chin.

"Okay. We'll bury it. Ah, look, they are finally leaving! Now is our
moment!"

The cold rain finally stopped. For which Schubert was sincerely grateful.

19 thoughts on “They Stole Beethoven’s Brain”