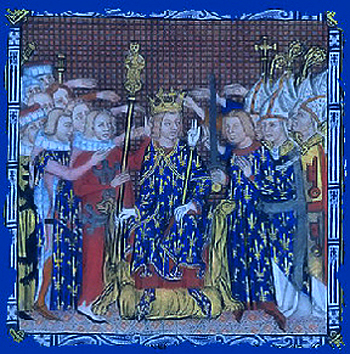 It seems just a few days ago (and actually was just a few) that I did
a post on Cairo Time, talking about Egypt. Well events have simply
quickened in that country along the Nile. And while it is not my
habit to make comments about the internal business of other
countries (unless I really, really feel like it), I was reminded of
a historical anecdote I read about in Barbara Tuchman's great
book, A Distant Mirror.

In the late 14th century, in order to finance his continuing wars
with England, Charles V of France (then acting Regent of the country
with the absence of King John II) raised taxes and devalued the
currency to get more money for the war. Charles was finally forced
into an agreement with the Estates General regarding taxes. But
the compromise was rejected by King John in absentia.

A rebellion ensued. Members of the Guilds (tradesman and business
owners) tried to stage a coup. And, according to Tuchman, even had
the dauphin tied to a chair at one point. Charles seemed contrite
and made all sorts of promises, and the rebels released him.

Charles fled Paris. He made no attempt to live up to his promises.
In fact the only thing that came out of the rebellion was the arrest
of the ring leaders.

Which teaches a good lesson: Just because you have the king tied to
a chair doesn't mean he's going to suddenly change his spots.

Sadly, it would take a full-blown revolution and a guillotine to change
matters much — and that only 400 years later.