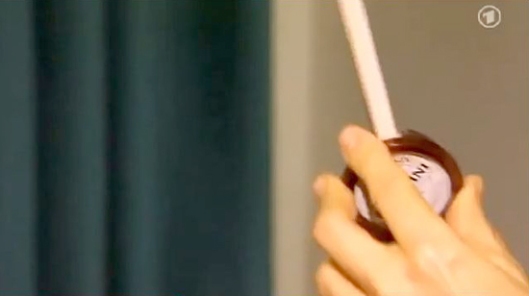 Well in case you haven't been able to sleep at night
wondering what kind of rosin violinist Anne-Sophie
Mutter uses, a still from a German documentary on
her seems to suggest, if my eyes are not deceiving
me, that she uses Andrea Paganini Solo rosin. 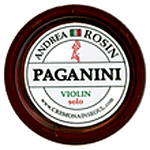 As it happens, I will be picking up a cake of Andrea
rosin myself, probably in October. I'm hoping that
it will make my bow perform a little better until
such time as I can get a new one.

Andrea rosin is expensive. But a cake of rosin will
last for years.

From the same documentary, Anne-Sophie's "Lord
Dunn-Raven" Strad in its case.