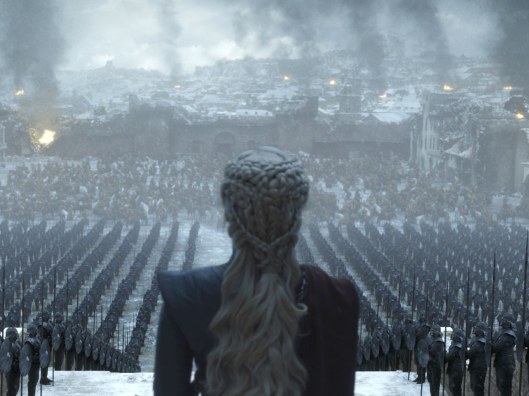 I have a confession to make: I’ve never watched Game of Thrones. Not even once across what seems to be eight seasons. So when I heard that the series finale will be broadcast tonight, I had to do a lot of fast research even to find out where the plot was at after the last two episodes.

But one thing seems clear, this finale is not really a finale, and GOT will certainly generate full-length movie sequels. I read in Rolling Stone recently that in its time the series had racked up over a billion viewers — a first it seems. So if Star Trek OS and Next Generation generated movie sequels, you can pretty much guess that a cash-cow like Thrones is going to generate a few.

And what could be better for that than to give the televised finale an Unhappy Ending? Because people generally want a Happy Ending. They want justice to prevail. So even though they are talking about a movie prequel, I seriously suspect that the first thing we will will see is a sequel which turns things around, at least a bit.

Until then — All Hail, Queen of the Ashes.

2 thoughts on “Game of Thrones Sequels”